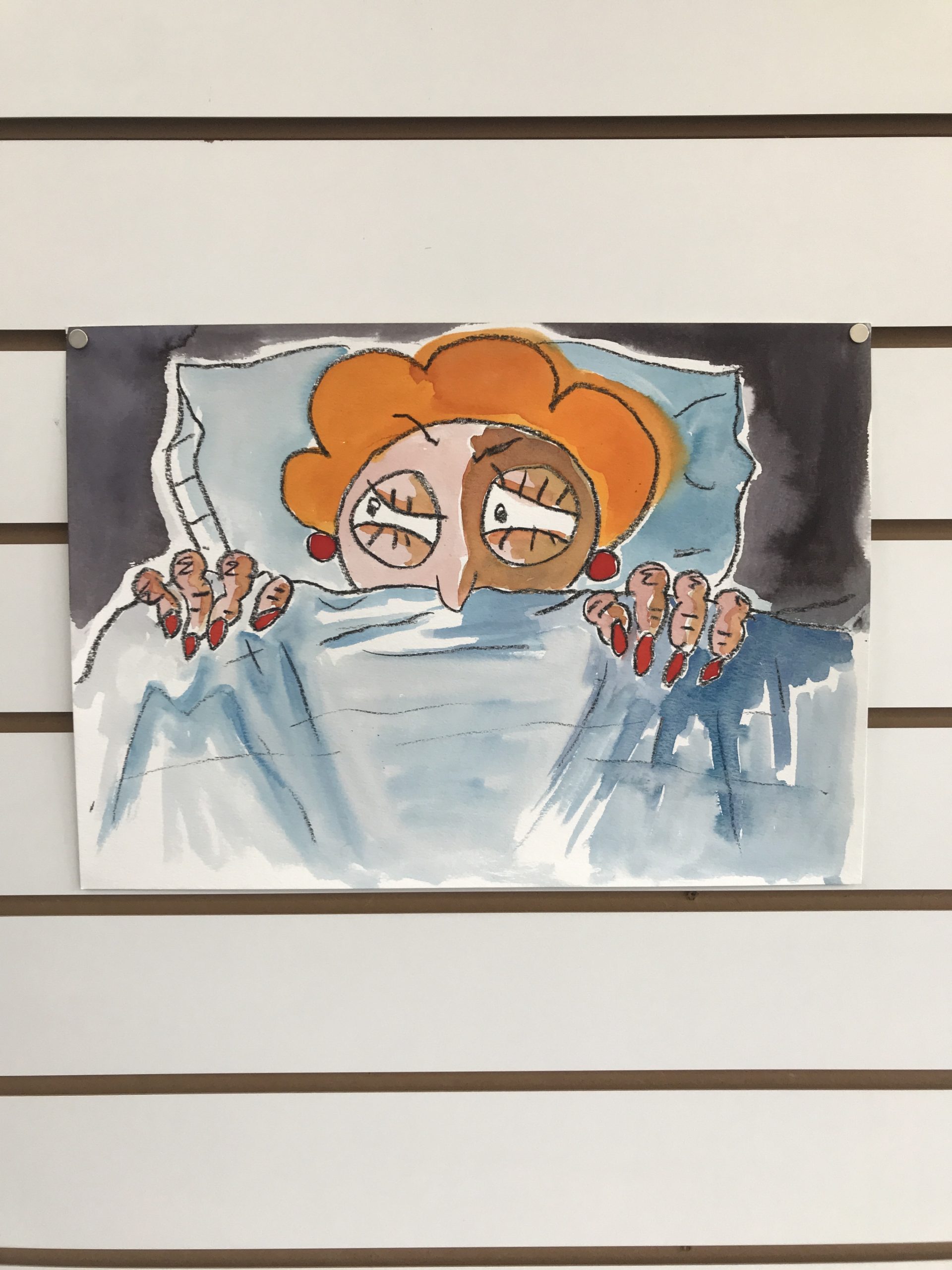 Until the 11th of January Plague Deconstructed is on show at DKUK, bringing together a newly commissioned video, drawings and set design, telling the story of a mosquito trapped in a home and the parallels between tormented psyches and the tormented planet.

Trapped in a domestic interior created through a mixture of stop motion, papier mâché and straight to camera performance, the mosquito transforms into a healthy fitness guru in the mind of the homeowner – an archetypal housewife – as she drifts between absurdist dreams, hallucinations and ‘reality’. Unable to harmoniously coexist, their shared bedroom becomes the stage for a ‘survival of the fittest’ competition, with the housewife being confronted with anxieties surrounding self care and body image as the narrative unfolds.